Monsoon rains are vital for agriculture and pastoralism, but they can also cause harm by flooding, particularly in urban areas. 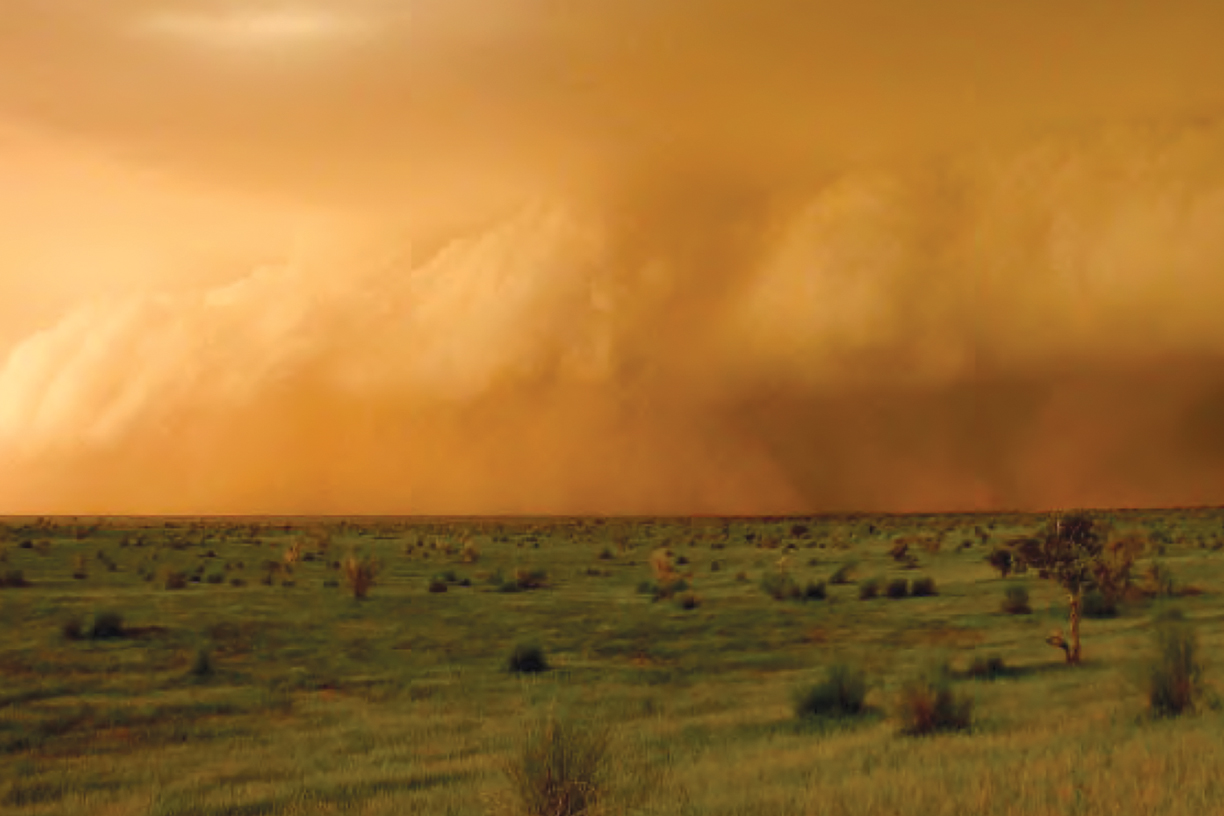 In the Sahel region of West Africa, monsoon rains are vital for agriculture and pastoralism, but they can also cause harm by flooding, particularly in urban areas. Climate change is predicted to affect the amounts, intensity, duration, timing and location of these rains.

Over the past twenty years, UKCEH has led research on soil moisture and land surface interactions with the atmosphere and how they affect rainfall. This work has shown that variations in soil moisture on length scales of tens of kilometres exert strong control on storm initiation and rainfall. Observational evidence showed that afternoon storms tend to develop over drier soils, whereas weather and climate models preferentially simulate rain over wetter surfaces.

Further research revealed that there has already been a remarkable tripling in the frequency of the most intense Sahelian storms since the 1980s, which can be linked to global warming. This suggests that the Sahel will experience particularly marked increases in extreme rain. The challenge and the opportunity was how to work with partners to inform and co-develop adaptation and mitigation policies.

In two pilot engagements in Senegal and Burkina Faso, the new climate science has sought to support specific in-country and regional decision-making processes:‍

UKCEH developed methodologies for mapping inundation across Ouagadougou from intense storms, taking account of changes in land use and climate scenarios. It is estimated that $40m would be saved from the cost of a future flooding event by using the UKCEH flood maps. UKCEH developed 10-year and 100-year flood maps to inform urban planning, while our partners developed rainfall Intensity Duration Frequency (IDF) curves to inform road construction projects. In 2009, floods in Ouagadougou affected more than 150,000 people: the cost of this disruption has been put at $400m.‍

2. National Adaptation Plan and impact on agriculture in Senegal‍

This UKCEH-led research is recognised as the primary source of climate change information used to update the Scientific Support Project for Senegal’s National Adaptation Plan (PAS-PNA). UKCEH developed metric atlases that were used to inform the PNA process. If this makes a one per cent saving in projected costs, then a potential $140m could be saved in implementation costs. Data has been made available via a GeoPortal. Technical training has helped to develop sustainable in-country capacities to produce and use climate information that can support planning at different levels.

In addition, the framework of science and partnership led by UKCEH enabled other collaborations to develop. For instance, a practical guide was produced to support communicating climatic uncertainties to policymakers and also a manual on co-producing African weather and climate services at local, national and regional levels.

“It was very challenging for our project to get good data on climate change, specifically high quality of projection and impacts for a local level … now AMMA’s output has been used at the national level: Senegalese National Adaptation Plan process, climate policies, and sectorial (coastal zone, agriculture, water resources) strategies or plans and at the local level, integrated in local development plans.” – Climate Analytics adaptation expert co-ordinating PAS-PNA in Senegal

Although the examples are for two specific countries, the main technical issues can be applied across many countries in the region and further afield. In addition to the state of art understanding of technical issues, the key to successful delivery is a wide partnership that enables co-design of projects from the earliest point. For successful co-delivery of outcomes, these partnerships must respect the culture norms of countries and must also engage at all levels from individuals in rural and urban settings, to provincial and country policymakers.

In Afghanistan, the team strengthened the UK’s ability to swiftly set up a humanitarian response and contributed to the strategy of UN agencies and partners on key issues such as upholding the rights of women and girls.

‍Working with 41 projects around the world, all working towards supporting 1.5 million girls in the world into education presented a particularly complex problem for the SDDirect-run safeguarding team.

Find out more
Working in partnership with