Join us as British Ambassadors and High Commissioners from the Southern Africa Region share some insights on geopolitical and economic issues as well as a general overview on sectors of potential interest to UK companies.
Time:
Location:
Non-Member Price:
Non-Member Price: 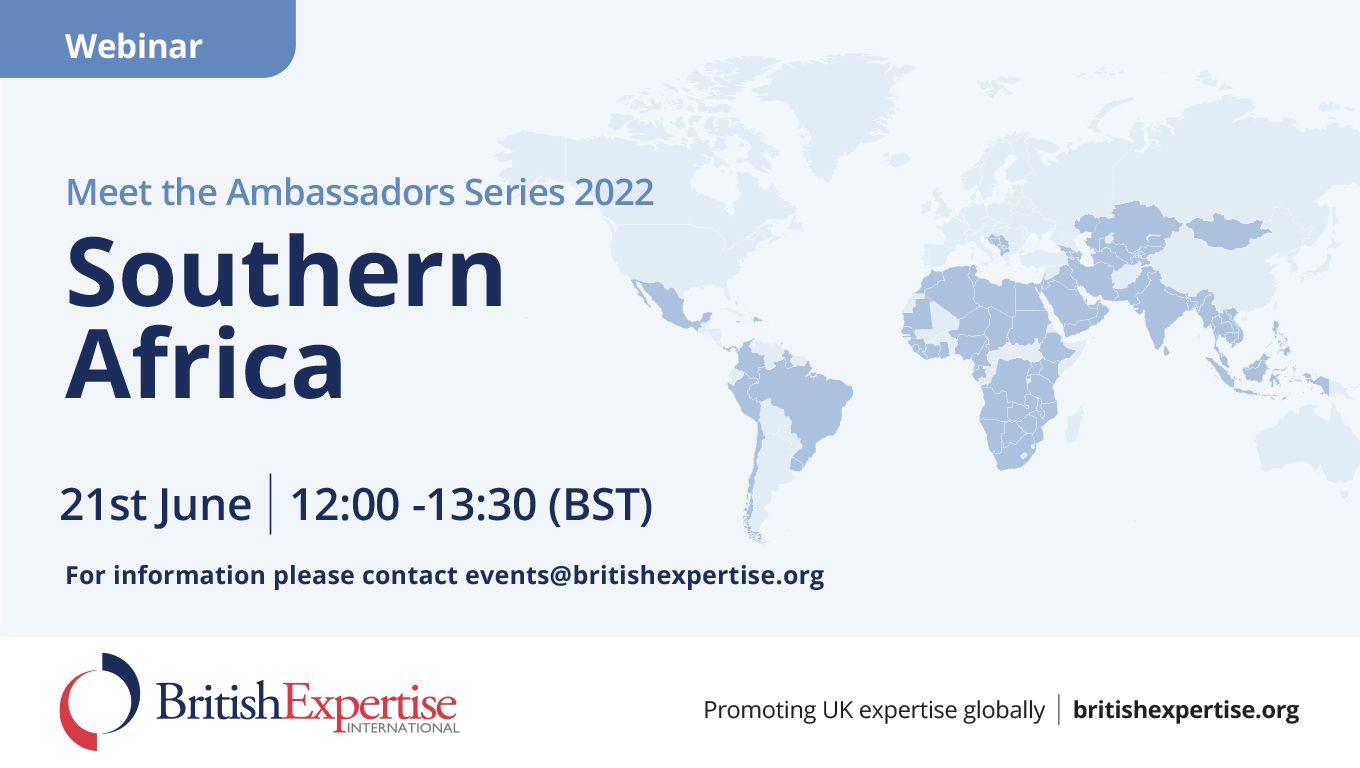 We are delighted to be hosting our annual “Meet the Ambassadors” series. Join us as British Ambassadors and High Commissioners from the Southern Africa Region share some insights on their respective countries’ geopolitical and economic issues as well as a general overview on sectors of potential interest to UK companies.

Southern Africa offers a wide range of opportunities for UK companies across infrastructure, agriculture/agritech, financial services, energy, tourism, and many other sectors. The region has a tough business environment and suffers from many macro-economic challenges. However, opportunities do exist if risks are managed.

According to the African Development Bank (AfDB), the Southern Africa economic outlook will probably rebound over the 2022 period - providing there is a reduction in the Covid-19 pandemic impact. As in the rest of the continent, Covid-19 was a key factor in the region’s economic performance. The projected GDP growth for 2021 was 3.2% and is expected to be 2.4% in 2022 according to the AfDB’s Southern Africa Economic Outlook 2021.

The extent of the pandemic on Southern African countries cannot be understated with a rise in poverty, inequality, and unemployment, among other economic issues. Tourism dependent countries were hardest hit, as were those that rely on commodity prices. Looking ahead, the economic growth prospects are varied, however, the lack of economic diversity in the region could negatively impact on recovery. It is believed that sound policy, a rebound in commodities, and increasing tourism numbers would aid recovery. Low energy production in the region constrains growth in the whole region.