Join us as British Ambassadors and High Commissioners from the Southeast Asia region share key insights on geopolitical and economic issues as well as a general overview on sectors of potential interest to UK companies.
Time:
Location:
Non-Member Price:
Non-Member Price: 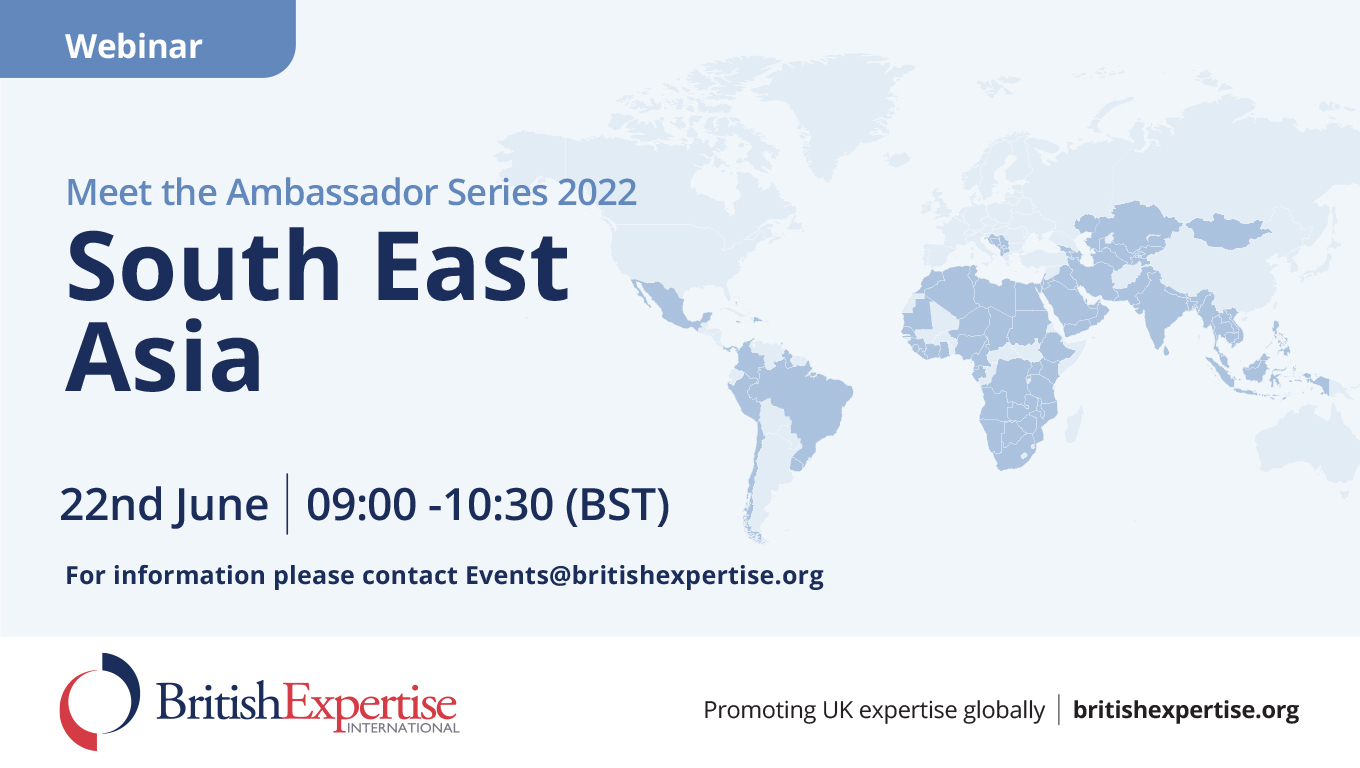 Southeast Asia is a region of great diversity politically, economically, and socially. Beneath the layers of diverse regional and national identities, there lies trade and investment opportunities for UK companies.

Join us as we host our annual “Meet the Ambassadors” series and look forward to hearing from British Ambassadors and High Commissioners from the Southeast Asia region. They will provide their perspectives and insights on the geopolitical and economic issues as well as the development priorities where relevant in their respective countries.

The pandemic has had a devastating and continuing impact on the economies in Southeast Asia. The IMF estimates that the real GDP for the ASEAN-5 contracted by 3.4% in 2020, the first decline since the Asian financial crisis more than 20 years ago. As part of the recovery process, there is demographic and social change, shifting FDI flows, investment in transformative infrastructure, better leveraging of abundant natural resources, and emerging disruptive businesses.

Despite the Covid-19 induced GDP decline, the region remains an attractive business destination. As restrictions ease and borders open in Southeast Asia, more opportunities arise for market expansion. With countries now on the road to recovery after the losses from the pandemic, the region is once again becoming one of the world’s most attractive emerging markets.

The Southeast Asia market is projected to contribute up to 70% of the world’s new consumer population over the next decade. By 2030, technical enthusiast millennials and Gen Z consumers will make up 75% of the region’s economy. As digitization continues to rise in Southeast Asia, the e-commerce industry is also projected to rake in around £130 billion by 2025. Medium to high-tech manufacturing is one of Southeast Asia’s biggest GDP drivers.