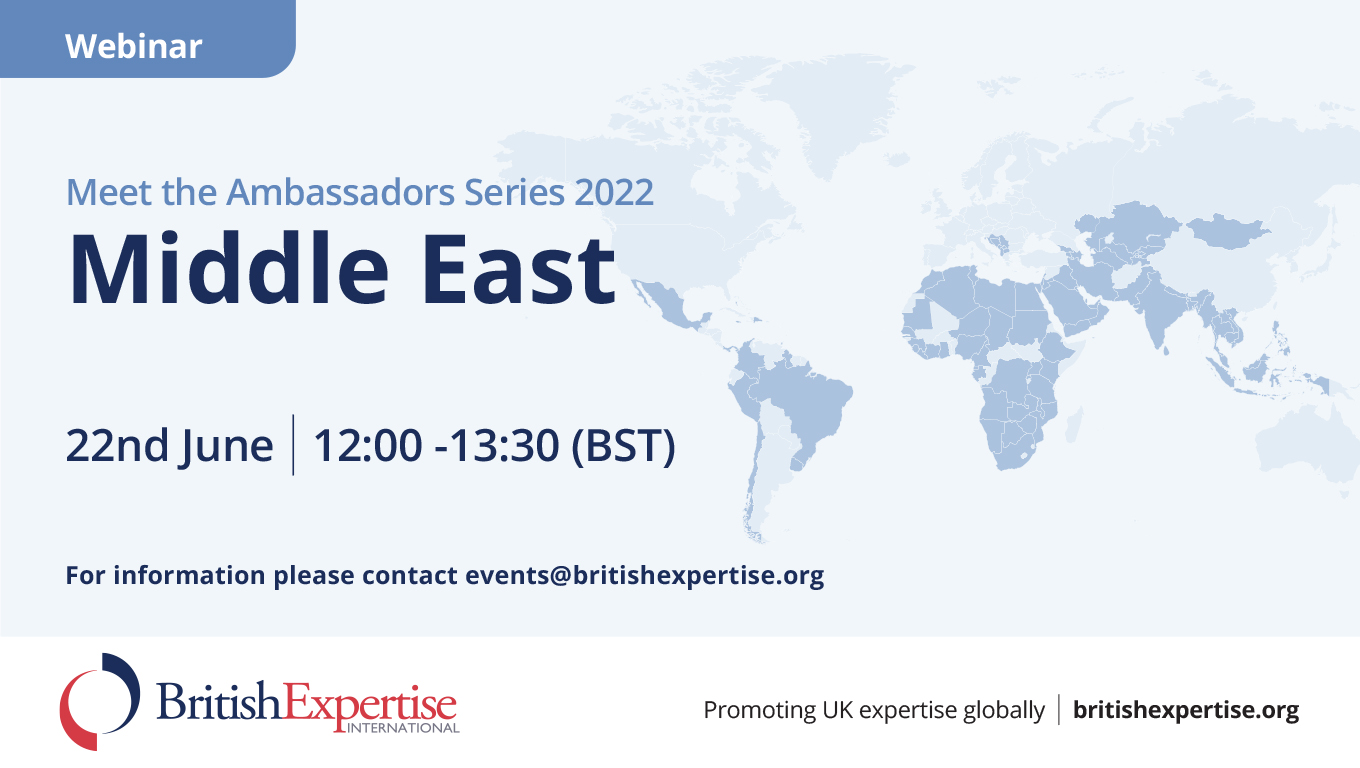 Doing business in the region continues to have its challenges and tends to be less competitive than the surrounding Gulf states, with many countries struggling to attract significant FDI due to poor business frameworks, legislation, and security issues. Israel remains an outlier amongst the group, with GDP per capita entering into the top 20 for the first time.

We are delighted to be hosting our annual “Meet the Ambassadors” series. Join us as British Ambassadors in the Middle East (Iran, Israel, Palestine, Yemen) share insights on geopolitical and economic issues as well as broad sectors of interest for UK companies.

Despite a successful roll out of the Covid-19 vaccine that encouraged strong growth in Q4 2021 and a projected 4.1% growth for 2022, continuing political and diplomatic problems in the region threaten to withhold the full potential of this collection of dynamic markets. The war in Yemen, international sanctions against Iran and the ongoing Israeli-Palestine conflict are key factors which are withholding potential growth, with little sign of these disputes dissipating anytime soon.

However, despite this there are still some business opportunities in the region, particularly in professional services and high-quality goods. In 2021, the consulting sector for the entirety of the Middle East grew to a value of $3.6 billion.