Join us as British Ambassadors from the Latin America region share key insights on geopolitical and economic issues as well as a general overview on sectors of potential interest to UK companies.
Time:
Location:
Non-Member Price:
Non-Member Price: 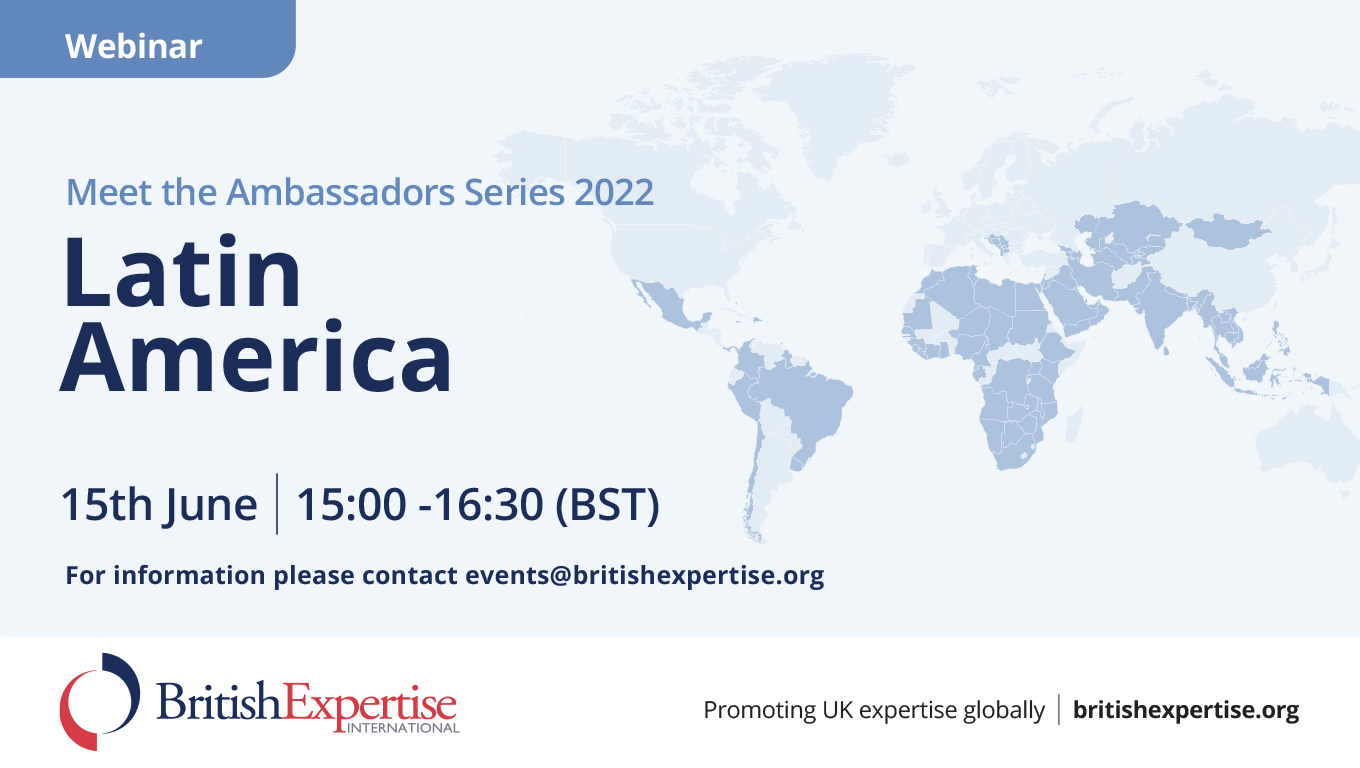 More speakers to be announced soon!

Latin America was one of the hardest hit regions by the COVID-19 pandemic with significant health, economic and social impacts. However, the region is said to be on track to recovering to previous levels of GDP. According to the World Bank, regional GDP is expected to grow by 2.3% in 2022 and a further 2.2% in 2023.

We are delighted to be hosting our annual “Meet the Ambassadors” series. Join us as British Ambassadors from the Latin America region share key insights on their respective countries’ geopolitical and economic perspectives as well as general overview on sectors of potential interest to UK companies.

The trade relationship between the UK and Latin America continues to grow particularly in the agricultural, financial services and technological industries. The UK’s decision to join the 11 country-negotiations for the Comprehensive Progressive Agreement for Trans-Pacific Partnership (CPTPP) will see the UK deepen its access to major Latin American economies and fast-growing markets such as Mexico, Chile and Peru.

The region offers many opportunities for UK plc in infrastructure, education, healthcare, renewable energy and green growth, and natural disaster risk management. With school closures affecting over 100 million students throughout the region, there is a significant need to ensure for fast and effective lost learning catch-up. Further, Latin America has huge “green comparative advantages” and boasts great potential in the renewable energy sector with large resources of lithium and copper used in green technologies and a rich natural capital of trees, water and high rates of biodiversity (World Bank).

Due to the region’s high population density in areas particularly vulnerable to natural disasters, there exist opportunity and demand for better disaster risk management practices. Climate change is another major threat to Latin American countries and is projected to result in an additional 5 million poor in the region by 2030. Therefore, it is essential the region builds its climate resilience and invests in ‘risk-reducing’ infrastructure and services, and climate change adaptation and mitigation.