Join us as British Ambassadors and High Commissioners from the East and Central African region share some insights on their respective countries’ geopolitical and economic perspectives as well as general overview on sectors of potential interest to UK companies.
Time:
Location:
Non-Member Price:
Non-Member Price: 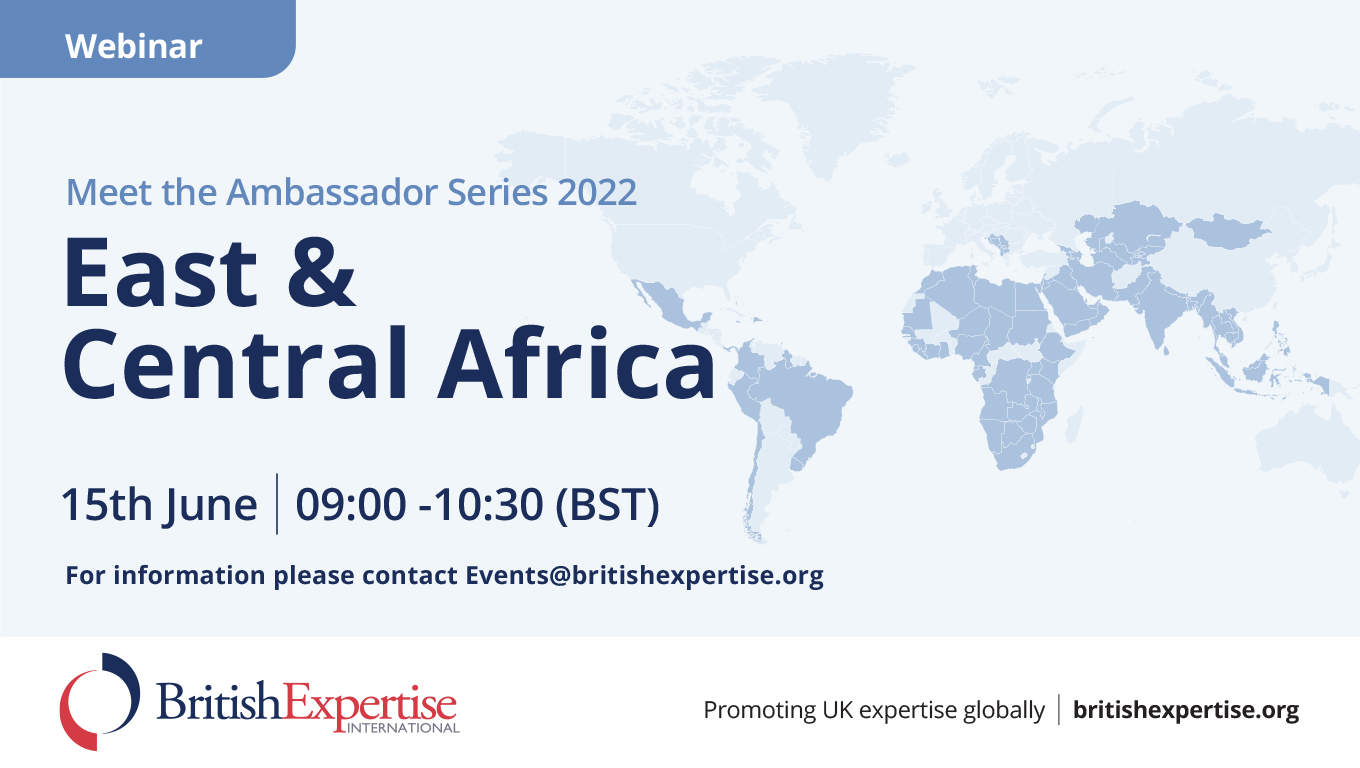 More speakers to be announced soon!

We are delighted to be hosting our annual “Meet the Ambassadors” series. Join us as British Ambassadors and High Commissioners from the East and Central African region share some insights on their respective countries’ geopolitical and economic perspectives as well as a general overview on sectors of potential interest to UK companies.

East and Central African regions offer a diverse range of opportunities for UK companies, including sectors such as oil & gas, infrastructure, agriculture/agritech, healthcare, mining, financial services and more. The ease of doing business in the region also varies greatly from country to country with some more challenging than others.

The East Africa region’s focus in 2021 was to address the impacts of the Covid-19 pandemic, and also contend with the global supply and demand disruptions. According to the 2021 Africa Development Bank (AfDB) report, "the region’s economic outlook looks bullish, with East Africa driven by sustained public spending on infrastructure, a better performance from the agricultural sector, a move towards a more service-orientated economy and a deepening regional economic integration".

According to the Africa Development Bank (AfDB), Central Africa managed to contain the Covid-19 pandemic in part due to government lockdowns, mobility restrictions and also because of the region’s younger populations and distance from highly infected areas. COVID-related deaths in the seven countries totaled about 2,953 at the end of June 2021.

The economic and geopolitical issues in the region are diverse and vary from country to country. For example, Kenya and Rwanda are considered to have relatively low levels of corruption and relative political stability which has enabled increased foreign investment. However, the threat of civil war in Ethiopia on the other hand threatens the political and economic stability across the Horn of Africa, whilst countries such as Somalia and Sudan remain volatile.