Join us as British Ambassadors from the Central Asia region share key insights on their respective countries’ geopolitical and economic perspectives as well as a general overview on sectors of potential interest to UK companies.
Time:
Location:
Non-Member Price:
Non-Member Price: 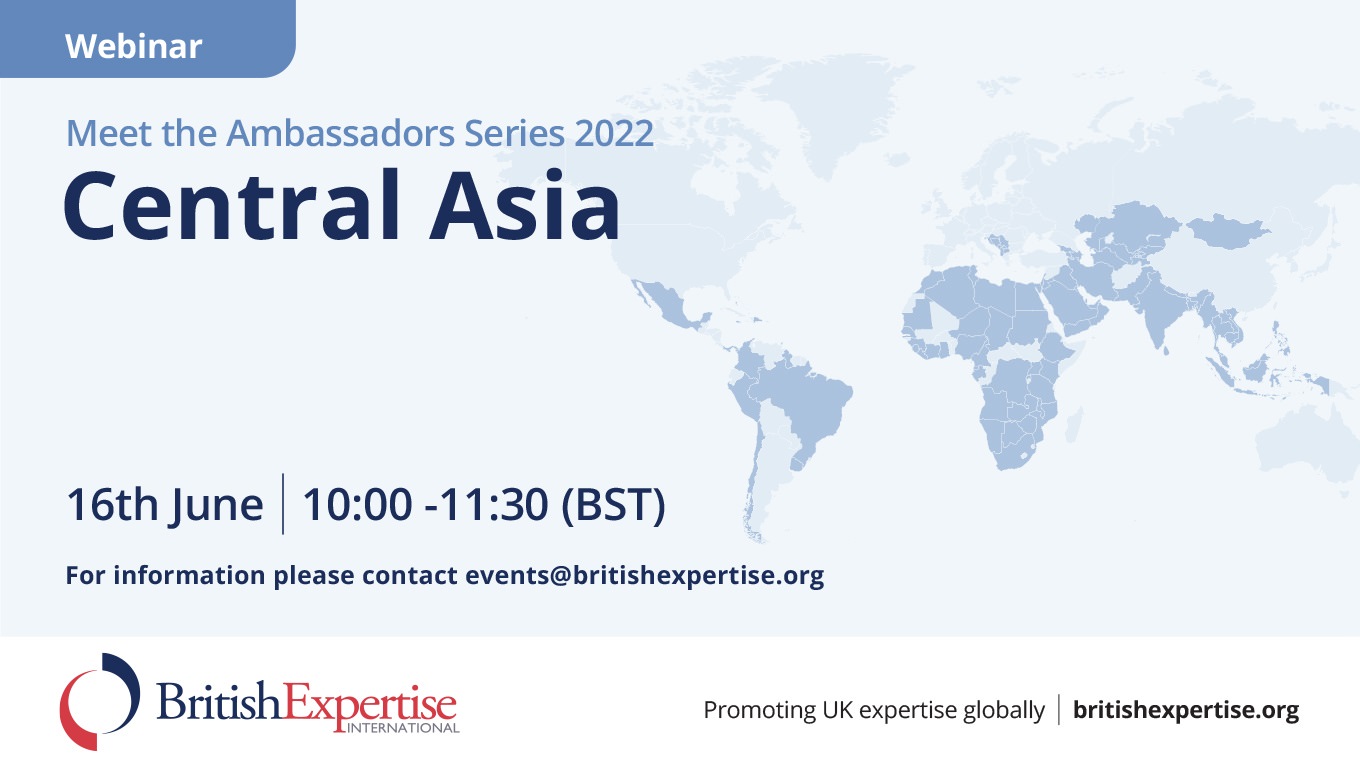 We will be joined by British Ambassadors to Kazakhstan, Kyrgyzstan, Mongolia, Tajikistan and Turkmenistan for a snapshot of the current political and economic situation in Central Asia, and an overview of commercial opportunities for British companies.

With the rapid expansion of CentralAsia’s economies, there are opportunities for the region to emerge as a tradeand commerce hub. Further, the region’s improved political cooperation amongits economies, its educated youth, natural resources abundance, and geographiclocation render it a secure environment for foreign investment.