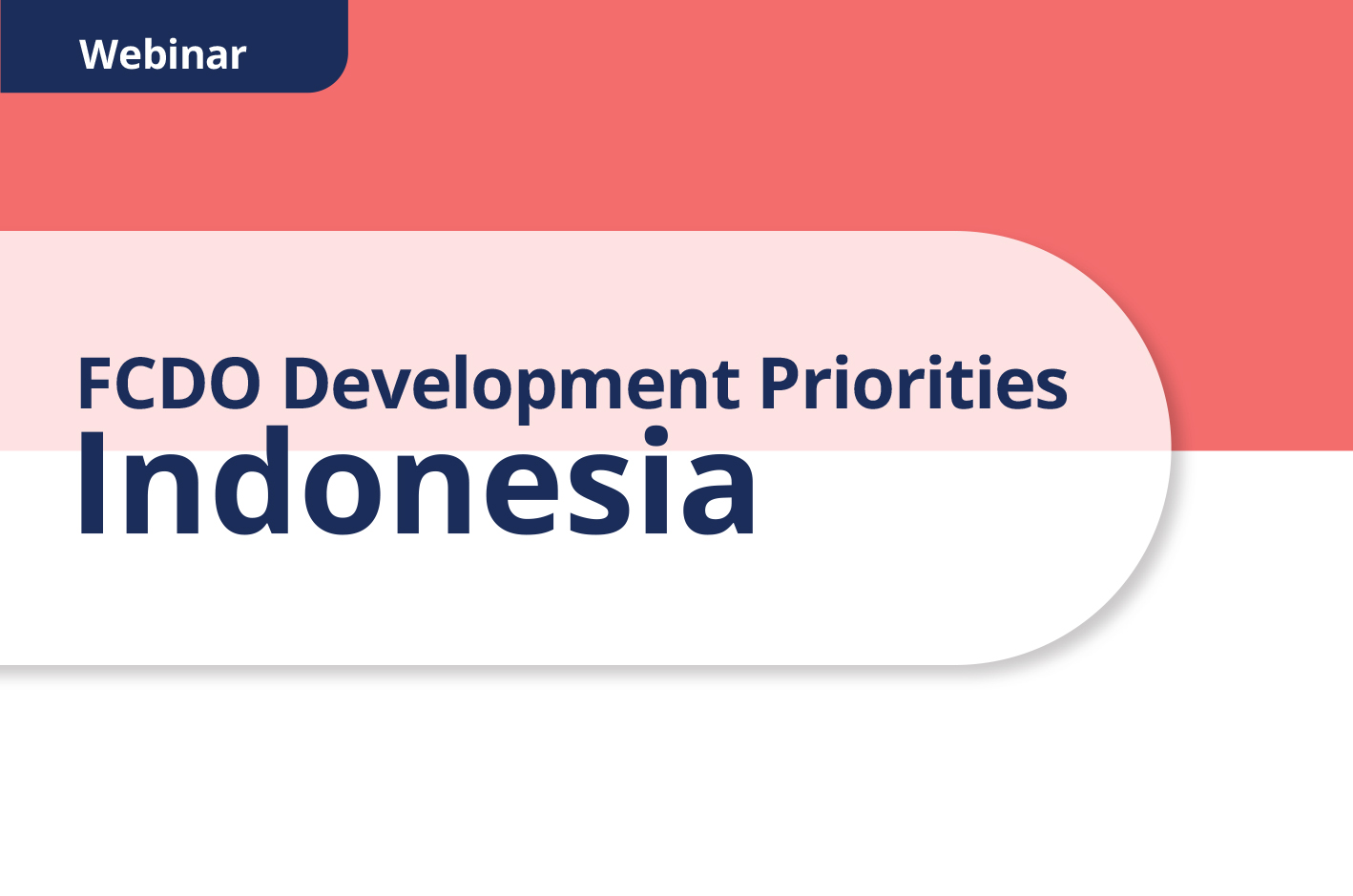 We are delighted to announce a series of sessions with FCDO Development Directors who will share more in-depth insights and understanding of their respective countries’ development priorities. This follows on from the recently published International Development Strategy, which sets the direction for all of the UK government’s development work and aims to draw on expertise from the private sector, civil society and academia to advise and challenge on implementation.

Join us as we host Amanda McLoughlin, the Development Director in Indonesia for the FCDO who will present the Government’s development priorities and programming for Indonesia.

Indonesia, which is the world's fourth most populous nation, has a projected population of 275.40 Million by the end of 2022.

According to FCDO Development Tracker, Indonesia’s economy has grown. Indonesia, the largest economy in Southeast Asia, has charted remarkable economic growth since overcoming the Asian financial crisis of the late 1990s. The Indonesian economy is predicted to accelerate at 5.1 percent in 2022 and 5.3 percent in 2023, due to the release of pent-up demand, improved consumer confidence, and improved terms of trade.

However, according to the World Bank, the country has been hit by the impact of Covid and other global events. There is clear evidence of a loss of learning that will have repercussions for a future generation; the country needs to improve its emergency response capability and is challenged by climate change in a number of areas, including water availability, health and nutrition, disaster risk management and urban development.